In the middle of winter, the Ray White Group sold $3.3B across Australasia in July 2018.  This result was 12 per cent lower than our July 2017 figure, with overall volumes and prices on the east coast of Australia falling whilst the rest of Australia remains solid, while New Zealand had its best July on record.

The value of total transactions numbers have contracted significantly in Sydney and Melbourne, over 35 per cent in some markets.  Both potential vendors and buyers remain very cautious amid tighter credit conditions and less investment activity across the board.  As previously reported in this paper, price falls have been a significant part of this overall contraction. Prices have fallen in the Sydney and Melbourne markets to differing degrees, with an average fall of 10-15 per cent from recent peaks is supported by recent sales evidence.

It seems that the market is changing quite quickly, and we know that the quicker the market changes the quicker prices and overall activity tend to find a new level and stabilise.

Reflecting on the full financial year results, it was  a year of two halves in the 12 months to June 2018. A year ago prices were surging in Sydney and Melbourne but in the last few months every capital city’s median prices have been flat or weaker.

In the year to June 2018, the Ray White Group sold $45.42B worth of property across Australia and New Zealand, just shy of our boom time peak $45.7B in the previous fiscal year.

Since peaking last September, the Australian housing market has recorded a cumulative 1.9 per cent fall in value; which is a relatively mild downturn considering values remain 31 per cent higher than they were five years ago.  Detached houses led the price falls while unit values are growing in Sydney and Melbourne on the whole as they are seen as more affordable stock or house alternatives. Our market share across Australia and New Zealand stood at 10.9 per cent – the highest of any brand – adding 0.4 per cent  to our share during the year. 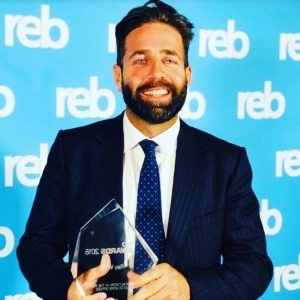 During July we took out a significant Australian industry accolade for Major Network of the Year at the 2018 Real Estate Business awards for the third year in a row.

This award recognises the acknowledgement of more than 10,000 members, largely made up of family businesses throughout the length and breadth of Australia and New Zealand whose ambition and commitment made this award possible.

This month also our auction reporting trial moved into high gear and is now up and running for good. We have sought to streamline our auction reporting data collection so every agent gets a text message within an hour of their auction. Working in conjunction with our PR and media team we have seen a huge spike in our media coverage across Australia. The buyer sentiment data is useful for every office to know and will help guide our corporate training schedule so every agent in our network knows how to create the maximum competition for their vendors during an auction campaign.

We can now report that during July our Australasian network cleared 52.44 per cent of the 793 auctions that were conducted. More than 32,000 would-be buyers and people interested in seeing real-time price action in their neighbourhoods attended our auctions across Australasia.

On average we had 2.8 registered bidders per property, and 2.25 active bidders, with some 3000 registered bidders all tallied.  The biggest crowd was 150 people at a house in Melbourne while 30 people was average across our network.

During the month we welcomed many new business owners to our group. 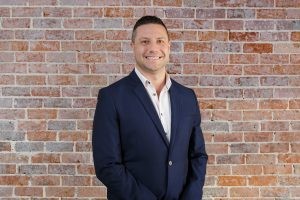 In WA, it was fantastic to see the longest-running family real estate agency in Bayswater proudly rebranded to Ray White Carters.  Daniel Warne is the leader of this business that has  been owned by his family since his father Gary Warne became licensee in 1989. 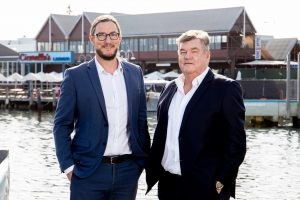 In Fremantle. Bob and Brett Oliver, who have operated their family business there for over 30 years, also announced they’re now joining our group. 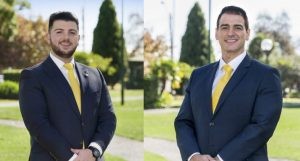 Power duo Michael Renzella and Lee Botsios from Ray White Oakleigh have now opened their very own office in the Melbourne south-east suburb of Clayton.

In July, Ray White sent out 9559 surveys to our buyers and sellers, with a response rate of 35 per cent and our NPS score remains high at 80.

Our brokers at Loan Market has a cracking month of July, with $1.27B in applications, and $922M in approvals and $846M in settled loans which is more than 10 per cent high year on year for July, according to chief operating officer, Stephen Scahill. Of note, the brokers made a very positive step towards their strategy to diversifying revenue streams. The Loan Market Asset Finance business (primarily car loans) established a new record, beating its best previous month by 35 per cent, which is outstanding.

I’m looking forward to seeing many of you at our big conference on the Gold Coast – Connect 2018. It’s shaping up to be our biggest and best event ever.

4 Mistakes That All New Property Investors Must Avoid Making

Why the low level of listings?

Back to all news
Up to Date